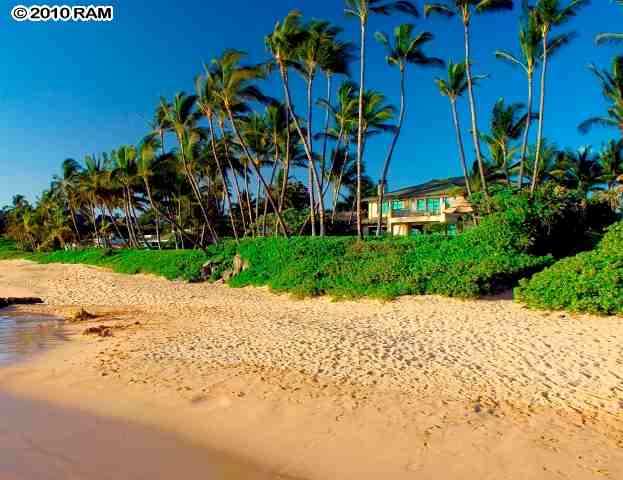 2010 has seen 8 months of beautiful Maui weather pass & homes in Wailea and Makena properties are starting to heat up like the golden sand on Keawakapu beach (pictured above). Compared to other neighborhoods on Maui, the luxury real estate market in Wailea/Makena is rebounding the strongest, with the three largest sales totaling just under $50 million!

During the first six months of 2010, there were 33 residences sold on Maui for over $1,500,000, including 5 homes that sold for over $5,000,000. Comparatively, only 19 houses sold for over $1,500,000 in the first six months of 2009, with three of the nineteen closing for over $5,000,000. These numbers represent roughly a 75% increase in sales volume. While condominium sales did not match the lofty percentage increase as homes did, they still improved.  89 condos closed for over $1,500,000 during the first 6 months of the year -ten more than last year- which represents a 15% increase in sales volume.  These condo stats are definitely skewed, as only 36 sales were penned outside of the Honua Kai development. These properties sold out in 2005, but contracts only began going hard this year.  However of these remaining 36, 8 occurred at Ho’olei, with 7 being closed by me personally.

When examining sales statistics within Maui’s individual communities, it is clear that South Maui’s resorts still lead the pack. Of the resort areas, Wailea and Makena saw the greatest upswing in activity. On this famous stretch of leeward coast, there were 12 homes sold for over $1.5 million in the first six months of 2010, doubling the six sold in the first half of 2009.

As mentioned above, South Maui’s ultra high-end market has seen some record-breaking deals.  The two highest deals, for $19,850,000 and $17,500,000 respectively, represent the highest and third highest prices ever paid for a residence on Maui.  These two properties are part of the new luxury development at One Palauea Bay, or White Rock, in Makena.  Additionally, a beachfront condo in the Wailea Beach Villas sold for $12,500,000, the highest price ever paid for a Maui condominium! We’d like to hear what you would expect from a property if it cost more than $10,000,000-movie theater and infinite edge pool?

In conclusion, These first half numbers make it clear that investors are gaining confidence in Maui’s ability to make a strong economic comeback from the lows represented by 2009.  Overall sales volume has increased and a plethora of money has been invested in properties island wide.  While the numbers are still behind 2007 and 2008, I feel a recovery is well on its way.  And of course, if you have any more questions on recent market activity, or any of your real estate needs, please feel free to contact me.

There are several lists of areas below. Skip links have been provided below to navigate between or past them.